Traveling To Meet A Minor 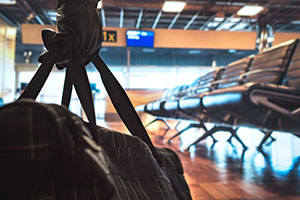 The Offense of Traveling to Meet a Minor

A prosecutor trying to obtain a conviction for traveling to meet a minor must prove beyond a reasonable doubt under Florida Statute section 847.0135(4) that you used an electronic device or online service to lure, solicit, or seduce someone under the age of 18 to travel anywhere within, to, or from the state of Florida for the purpose of having sex or engaging in other illegal sexual conduct, such as sexual battery, lewd or lascivious offenses, or child abuse. This crime can also be charged if you lure, entice, solicit, or try to lure, entice, or solicit a parent, guardian, or custodian to agree to the participation of a child in any sexual conduct.

Traveling to meet a minor for sexual activity is a second-degree felony. This means that if you are charged, you can be punished by a maximum of 15 years’ imprisonment or probation and fined $10,000. If there is no basis for a downward departure, the minimum sentence that you will need to serve is 21 months’ imprisonment — close to two years of mandatory prison time. Also, each use of a computer or electronic device to commit this crime can be charged as a separate instance of traveling to meet a minor. For example, if you emailed a minor 10 times to talk about meeting for sex, you could be charged with 10 counts of this crime.

Sometimes traveling to meet a minor charges are brought alongside charges of soliciting a child for sex through a computer. This occurs when somebody uses the internet or an electronic device or online service, such as a chatroom, to get a minor to be involved in illegal sexual conduct. For example, you could be charged with both offenses if you went to a chatroom hoping to find a minor for sex, and then you started an email relationship with a minor and tried to persuade them to meet you at a hotel to have sex.

Sometimes undercover officers pose as children to catch people for traveling to meet a minor or solicitation. They may also pose as a child. One technique may involve an agent proposing to engage in legal sexual conduct, such as an adult woman trying to meet an adult man for a hook-up. Later, however, the officer may conduct a bait and switch to try to see whether the adult man would be interested in having sex with the adult woman's child, who is underage.

You should not despair if you have been accused of traveling to meet a minor or solicitation. There may be defenses that your attorney can raise. In some cases, an entrapment defense truly is appropriate. For example, if an officer started the discussion of underage sex and was persistent about it, whereas you were reluctant, this may be a good defense. In other cases, it may be possible to attack the evidence, such as the communications that are believed to form a basis for the charge. For example, if you never brought up sex in a communication with someone who was a minor, we may be able to raise a reasonable doubt about whether you had sex as a purpose or goal of meeting with the minor.

Retain an Internet Sex Crime Attorney in the Clearwater Area

Each sex crime or obscenity case is different. The facts of your particular situation will allow your lawyer to determine what an appropriate defense would be. If you are being investigated for traveling to meet a minor in Clearwater, it can be helpful to retain an attorney even before charges are filed. Our founder, Will Hanlon, has been providing criminal defense representation since 1994. We are dedicated to guarding the rights of the accused. Call Hanlon Law at 727.897.5413 or complete our online form.

Contact Us
Criminal Charges Defense
Client Reviews
★★★★★
As a practicing attorney, I was shocked to hear that a family member of mine was alleged to have committed a sex crime. Knowing full well the consequences this type of allegation can have on anyone and their future, I immediately reached out to William Hanlon for help... Jerry
★★★★★
Was on the ball. Remembered names, events, places, situations. Never need to re explain the situation. Keeps in touch through out the entire experience and keeps you feeling safe, comforted and protected. Fights hard. Worth every single penny. Would never settle for anything less than Will. Carrie
★★★★★
I was facing a charge that if convicted would carry two years in prison minimally. Not only was he empathetic and listening to what I had to say but he arranged with the prosecutor for my charges not to be filed under terms of a pre trial investigation. Would highly recommend. Alec
★★★★★
I am very happy for what he did for me. Always there when I needed him. Explained everything well. He Fights for his clients. He got me what I needed. Hes an excellent lawyer. Mutaz
★★★★★
Mr. Hanlon did what no other lawyer could do. Not only did he turn my criminal history into a thing of the past so I could move on, he was a loyal associate. No matter how bad the situation is, he has miraculously cleared me on every charge since he became my lawyer 5 years ago. I have the best lawyer that the legal system has to offer. I have had other really good lawyers try to get my business, but I know that no one can do a better job than William Hanlon. Jesse
View More
Submit a Law Firm Client Review